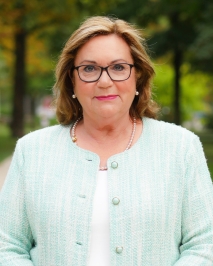 Maria de Jesus Duran Kremer studied Classic Archaeology and Portuguese Philology at the University of Trier (Germany), were she was awarded a PhD in Classic Archaeology and Portuguese Philology in 1999. Member of AIEMA (since 1990) and its Administration Board (since 2014), she is a member of the Scientific Committee of the Journal of Mosaic Studies since 2012. She is also member of APECMA (2005), ASPROM (2013), AIEMA America (2014), AIA (2015). She participates in numerous international conferences and colloquia in roman mosaics with publications in Revues and Proceedings of national and international Symposia. She is the PI and coordinator of the Portuguese -Turkish Project RoGeMoPorTur (at national level with an Inventory of the Roman Mosaics in Portugal). Within the frame of this project she organized (2016)  the 1st International Meeting RoGeMoPorTur “East meets West”.

Since 1999 she is a elected member of the Trier City Council and its Culture Commission. She has been honoured with the Order of Merit of the Portuguese Communities (Portugal, DGAPPC 1999) and the Cross of Merit of the Federal Republic of Germany (on ribbon) (Germany 2012).

(data supplied by the researcher)